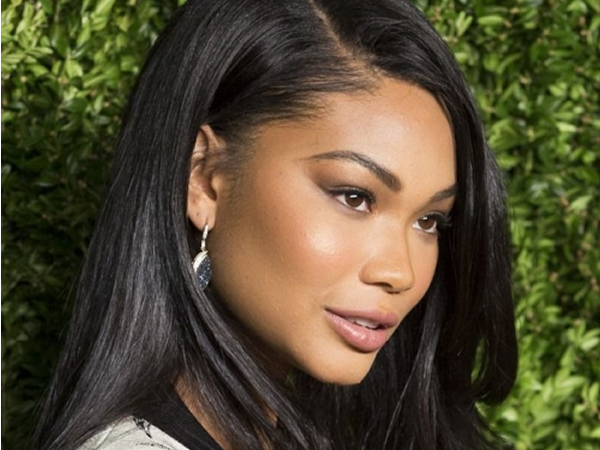 When said out loud, “Fashion Week” has a double meaning — and for anyone who’s ever been a part of all the action, feeling weak is not only par for the course, it’s often the reason we love fashion to begin with. So, in honor of the moments of chaos, beauty, and excitement that made us feel weak, we present My Fashion Week-ness,a compilation of accounts from some of the industry’s biggest players. They’re spilling their most memorable stories from Fashion Weeks gone by and the ones that keep them coming back for more.

Chanel Iman is one of those models who was just born to do the job. Though her name pretty much says it all, we didn’t really know it until her appearance on the Tyra Banks Show in 2007. After that, the model went on to cover Teen Vogue alongside Karlie Kloss and Ali Michael, star alongside Joan Smalls in a Beyoncé video, and the rest is history. It makes sense, then, that Iman knows fame like the back of her hand, and how to deal with its ups and downs.

For example, last year, the model went on a vacation to Hawaii and suffered a pretty gnarly round of bug bites. Like clockwork, the worst side of the internet was there to document and discuss her misfortune. A quick search of “Chanel Iman Hawaii” on Google brings up pages of sneaky images of the model’s backside, which, put plainly, royally sucks, especially because outlets that covered the paparazzi photos only did it for the clicks. We chatted with Iman at the launch event of W Hotel Dubai, and the model gave us the scoop on what really went down.

“My best friend and I are adventurous, but she’s extremely adventurous, and we were going on a hike and were in our bathing suits. And [bugs] always eat me alive, but I guess we were trying to go a hidden route, and I ran into a mosquito nest. And that’s how I got bitten up on my butt.” And then… It was Fashion Week.

“It got better. But hey, this year, my butt is clear, my legs, my thighs — everything’s good. It was everywhere last summer! It was crazy. Nobody asked me how my vacation was [this season], they just wanted to see my back legs. They were like, ‘Oh my God, your bug bites! They were horrible,’ and I was like, ‘Well, this year we’re good.'” There you have it, folks. Now, let’s put this one to rest.