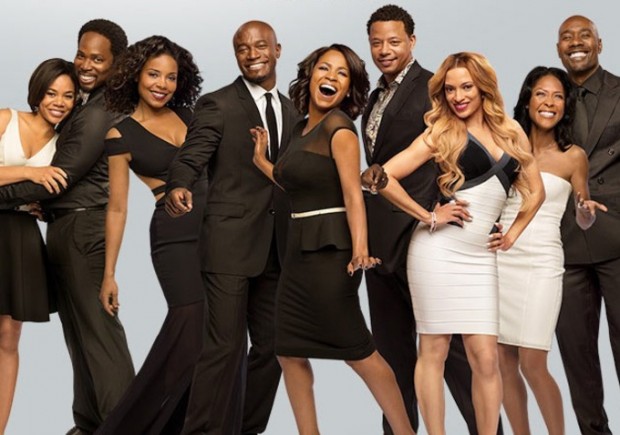 Date night with Fee King and The Best man. Having seen the first Best man, nearly fifteen years ago, I am quite familiar with the characters; as well as being in love with some of the male and female characters.  There’s nothing like a Hot, steamy and sexy Romantic Drama.

I entered the theater full of excitement at the anticipation of some man candy and show-stopping hair and fashion trends set by (Jordan) Nia Long’s character.  The movie started out a little flat and predictable for me; however, within 30-minutes, it began to meet and even exceeded my expectations.

The theatre was packed with men and women from various ethnic groups and cultural backgrounds.  They were young, old, men, women, Americans and Non-Americans.

It looked like the United Colors of Benetton. Okay, call me nosey, but I liken myself to a wine connosuier, only I’m what you would call a people connosuier. I people watch.  Observing people’s body language, feeling their energy and creating story lines of who they are, where they come from and why they’re there,  is what I do best.

As I watched people slapping hi five, because they made it into the theater and snagged a good seat; others who met up with their friends were kissing and hugging one another with great anticipation to see Part II of the Best men; I realized a new movie trend was being set right before my very eyes.  Long gone are the days of “The Black movie”.

People are more interested in thought provoking story lines, that evoke after-movie conversation, coupled with good writing, a strong plot and a stellar cast of talented actors who look and act the part.

I am witnessing a new trend coming forth in the black cinema culture, and that is, when once we thought black themed films could only be understood and appreciated by a black audience, as it turns out ALL people can relate to this Universal story of love, faith, and forgiveness.

It’s no longer a Black thing,  It’s a people thing.In my early 20’s,  I recall getting my girlfriends together to  see the new hot black movie such as “Poetic Justice” starring Janet Jackson and Tupac, “Five Heartbeats” starring Robert Townsend, How Stella Got her Groove Back” starring Angela Basset, “ Hurricane” and “Training Day” Starring Denzel Washington to “Boys in the Hood” and “Menace to Society” to name just a few.

Today’s audience is much more diverse than the audiences from fifteen years ago. If a movie had two or more black people in it, It was considered a BLACK film.  These movies are now being recognized by the actor (s) work; i.e. Denzel Washington, Don Cheadle, Will Smith, Viola Davis and Kerry Washington; as opposed to the categorization of the audience it might target.

What was refreshing and timely about what “The Best Man’ did for me tonight, was to bridge the illusion of there being a gap between Black and White and non-African-American people. We all came together in anticipation of a good love story, coupled with some drama and loads of laughter.  We ALL celebrated as Nia Long (Jordan’s)  new boyfriend (Eddie Cibrian) was introduced.

And not because he’s Caucasian, but primarily because he’s GORGEOUS.  He appeared to be very much into Jordan.  Everyone in the theater was rooting for this sistah to let her guard down, turn her cell phone off, relax and allow this GOOD man and  GOOD looking man Love you.

There were some really tender and surreal moments between (Morris Chestnut’s) character (Monica Calhoun)  Mia and Lance, that left me and the man behind me in flood gate of tears. Every time he tried to hold back his tears, he bemoaned by starting out with “Oh Fu–! I thought it was because he was tired of seeing all of the men in the film crying. After the movie ended, I learned, he cried six times.  He stated, “ I guess it’s because I’m getting older.  “ I seem to be getting more sensitive”. That in and of itself will be worth you going to see this film.