Her name should say a lot of it already but sometimes it is essential to spell it out when it comes to a lovely sound.   Enchanting vocals and music to match are stuff that dream worlds are made of. Performing songwriter Katie Ware carries her stage name “Little Sparrow” very well as she delivers, songwriting and performance wise, accompanied on the later by beautiful musicians.

Elbow’s front member Guy Garvey realized this and nicknamed her the cockney sparra which ultimately led to her adopted artist’s pseudonym. Her debut album “Wishing Tree’ (2014) takes you through a journey not dissimilar to that of life, with the delicate yet strong voice of a passionate music craftswoman.

Her music has been aired widely in the UK and abroad via the likes of BBC or Pure Radio’s internationally syndicated radio show Roots & Fusion airing an emotion almost palpable. Reviews and interviews include the likes of The Guardian UK. However, don’t take anyone’s word for it, the proof is in the listening.

You will find some songs haunting you pass the listening stage, like “Sending a message”, some tucking you in as only a good bedtime story read by the right person could, like “The Hunted (A bears tale)” but none of the songs will leave you indifferent. An added advantage is that the song does not lose any of its charms when it is performed live as the audience recognizes true musicianship in an impeccable real-time performance. Her smile and in-between conversations with the audience add to the enchantment wrapping everyone around her strumming fingers. The Little Sparrow train is offering this opportunity more and more as she multiplies her appearances across the UK and hopefully soon abroad. 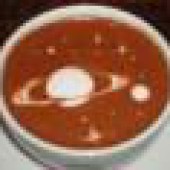